The Era Of Darkness 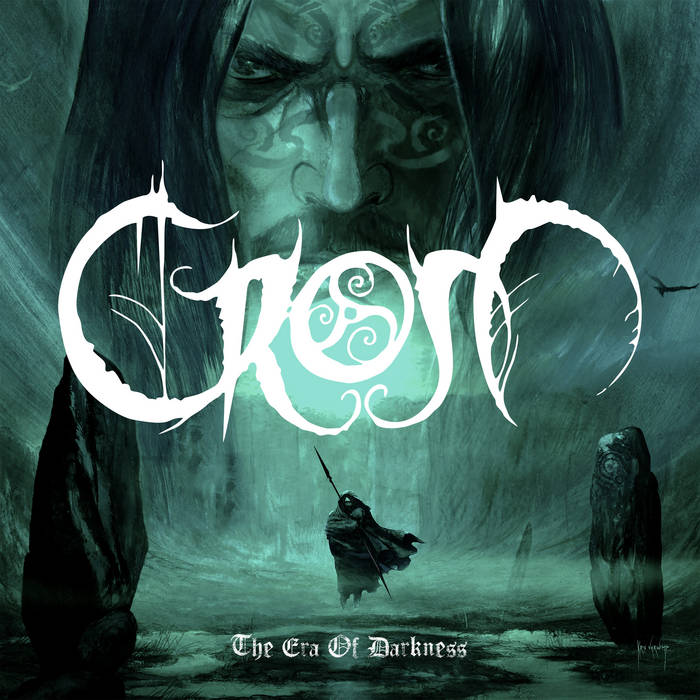 Demonic.Seraphim I'm still waiting for the rest of the album. it's still only giving me one track.

endamon Waiting for the Full Digital Release too.

There’s no denying... Music has become, even in its more extreme and heavier forms, a “market”. Sales figures are thrown, marketing plans are drawn, social media strategies are put into place. And the “success” outcome is measured by stream counts, quick likes without even listening to the whole album and views countings. Week after week, the machine is grinding more releases and bands, always moving forward, with listeners overwhelmed by the quantity of new music at their disposal. CROM’s new album was not written and recorded for this “market”. Mastermind Walter “Crom” Grosse has played that game (and won in, for that matter) with Dark Fortress (he served there as bassist and guitarist between 1997 and 2001), but he retreated to his Bathory-inspired musical influences and stood his ground with his project Crom, which slowly turned into a three-man army. “The Era Of Darkness” is the new battlefield of the trio and, once again, it breathes and lives heavy metal in its most epic forms. From big chorus to gigantic, fist-pumping solos and breathtaking guitar leads, the new Crom album is a collection of varied but cohesive heavy/power metal anthems that will get your blood pumping once again for true metal, if you listen to it properly - paying attention to the lyrics, active listening and giving it enough spins, instead of just turning to the next release stream after a few minutes.Whilst playing with German melodic black metallers Dark Fortress, Walter “Crom” Grosse began working on a solo-project that was worlds apart from the raw aggression normally associated with the genre in which he started. The more the work progressed, the more Grosse realised that he much preferred to forge his own musical path, a path where melody is the defining factor, and, following on from the positive response to his debut EP “The Fallen Beauty”, he decided to focus his attention solely on the band that had become Crom.Grosse has never made any secret of his admiration and respect for Quorthon. Like many other musicians, he is influenced by the epic melodies of the legendary Bathory, but, unlike many, he has allowed the influence to subtly shade, rather than define, the musical content. Crom has an individuality that can only be described as, well... “CROM”!Delicate acoustic guitars are counter-pointed by crushing metal riffs. A powerful vocal performance is accompanied by melodies that are in turn poignant or majestic. With his use of choirs, epic arrangements, skilful transitions, and stirring melodies, Grosse is able to conjure up images of mighty warriors and lost loves; epic struggles and tragic personal losses; despair and ultimate salvation.After three albums (“Vengeance” in 2008, “Of Love And Death” in 2011 and “When Northmen Die” in 2017) Crom started a brand new chapter in its career, signing a new record deal with From The Vaults releasing the new EP “Into The Glory Land” in 2021. A spearhead craved deep in the future, foreshowing the battle that was yet to come...

Released on From The Vaults Records